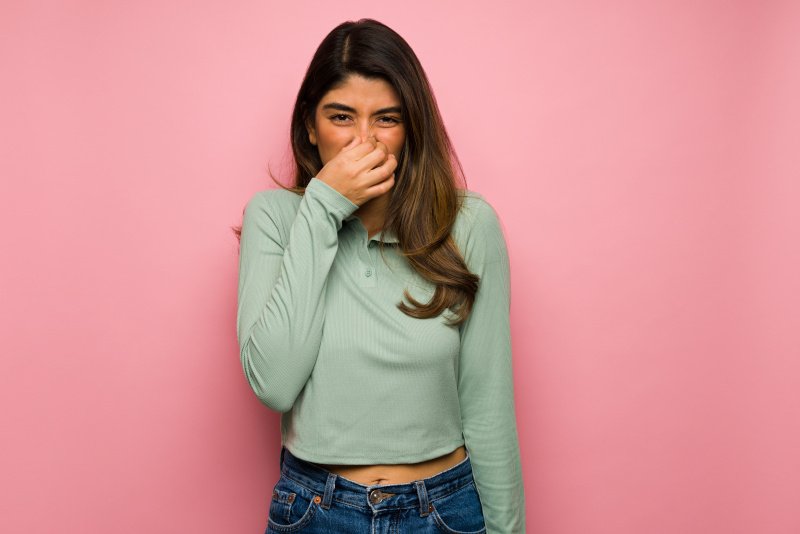 Odor removal is an essential service for businesses, as strong odors can be off-putting to customers and employees, and can even affect the overall image and reputation of a company. Whether it’s a restaurant with a lingering smell of fried food, an office with a musty smell, or a retail store with a persistent odor from a nearby trash bin, commercial odor removal services can help.

There are many different methods that can be used to remove odors from a commercial space, and the most effective method will depend on the source of the odor and the specific circumstances. Some common methods include:

One of the benefits of using a commercial odor removal service is that the technicians are trained and experienced in identifying and eliminating a wide range of odors. They have access to a variety of specialized products and equipment that can be used to effectively remove odors from different types of surfaces and materials. In addition, a professional service can usually complete the job faster and more effectively than if you try to tackle the problem on your own.

If you’re considering a commercial odor removal service, it’s a good idea to do some research and get quotes from several different companies. This will help you to find a reputable and reliable service that can meet your needs and budget. Be sure to ask about the specific products and techniques that will be used, as well as the length of time that the service will take.

Overall, commercial odor removal services can be very effective in commercial environments for not only employees but customers as well. 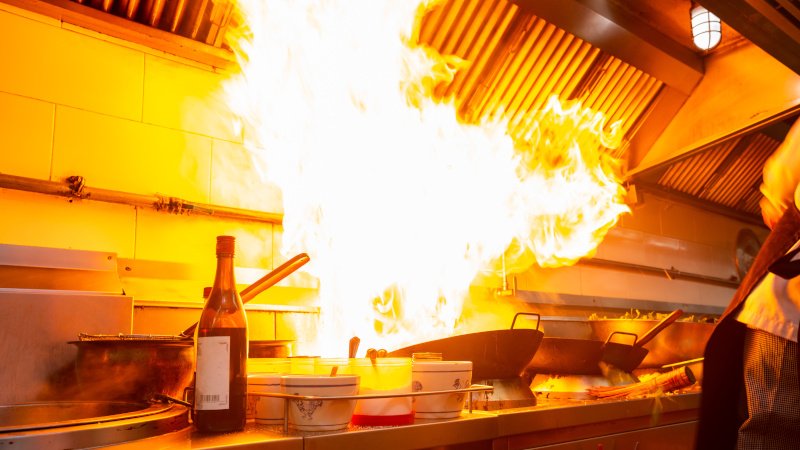 In a commercial kitchen, there is a very likelihood of having a grease fire because of the amount of oils, and fats that are being used to cook along with the amount of dust collected over a specified time or if the restaurant is in a dusty area or in the country settings. Even though everyone knows that it’s very dangerous most do not clean up until there is a fire or something bad has happened. So, to cut down on the risk cleanup of all oils, fats, and grease should be done after every shift or if there is a lot when the spill took place so there isn’t an accident. Because grease and oils are liquid the fire could spread quickly without a rapid response or knowledge of how to put the fire out.

PUTTING OUT A GREASE FIRE

As we all know from high school chemistry class oil and water DO NOT MIX, so when you have a grease fire the first thing you don’t do is throw water on the fire.

These are a few things to do

Keeping a Fire from Happing

Some of the main things that people can do are keep their cooking areas clean and free from oils, fats, and grease. This will make sure that the ingredients to start a fire and could cause major issues for everyone involved in the restaurant, store, school, or business. 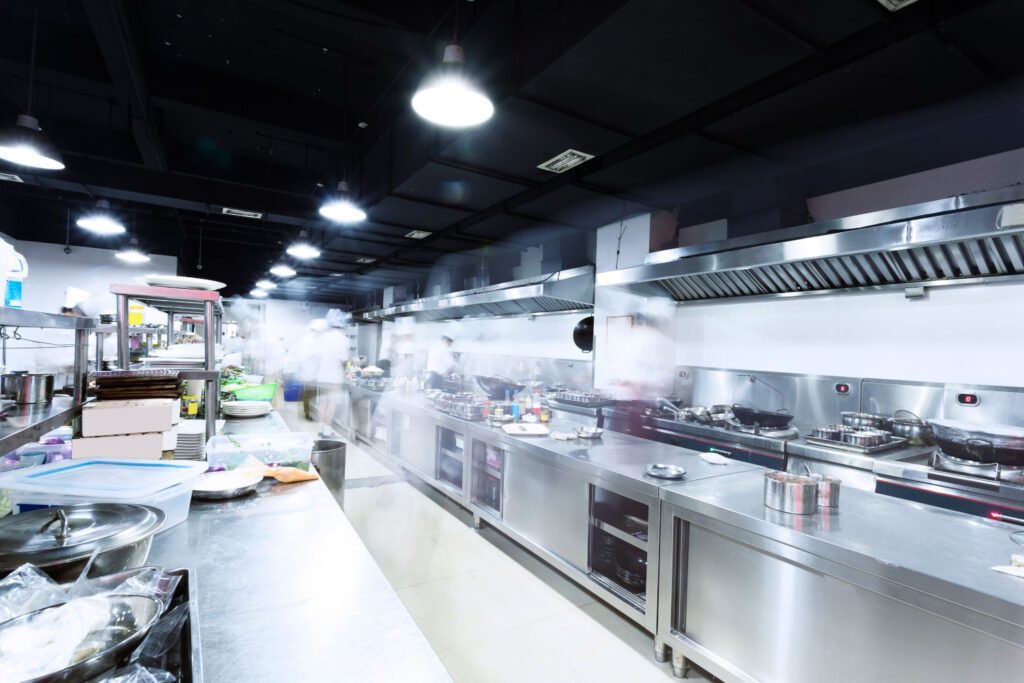 Cooking equipment that is not cleaned on a daily basis increases the chance of cross-contamination and lowers the quality of the food being prepared.Compromises in food quality can lead to a loss of customers and an increase in the danger of food-borne illnesses. Regularly cleaned and sanitized appliances provide consistent quality and safety of food while also increasing service speed. All of this leads to a better reputation and more business! 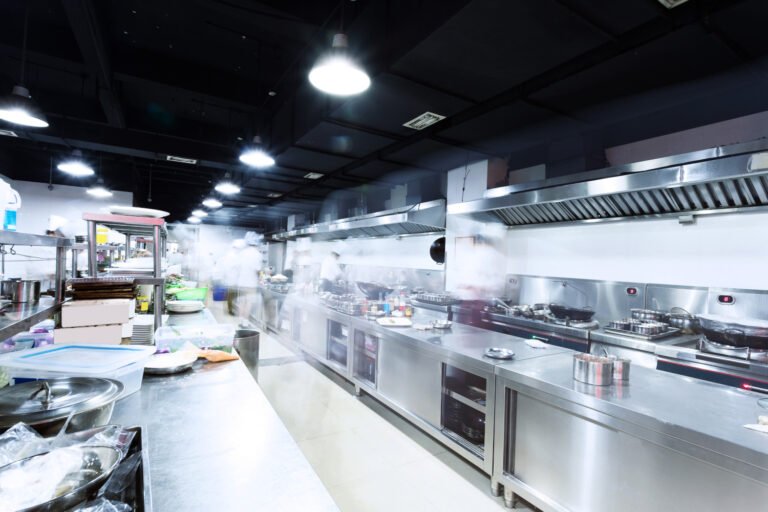 Keeping your kitchen clean can help prevent the transmission of germs and bacteria that might make you and your family unwell. The kitchen sink, countertops, and floors must all be cleaned on a regular basis, as well as the dishes and the dishes’ sink. In order to prevent the transmission of dangerous diseases and germs, you must not forget to sterilize the entire workspace, including the utensils.

If you adhere to a tight cleaning schedule, your kitchen will seem pleasant and tidy. In addition, all your kitchen’s appliances, cabinets, and tiled surfaces would appear spotless. Build-up and residue from inconsistent cleaning may result in costly maintenance fixes and undoubtedly a decline in the functioning of your kitchen equipment. Additionally, you could have to think about replacing your flooring and cabinets much sooner if you don’t constantly clean them. Your kitchen’s cleanliness would suggest that you have a clean, sanitary, and healthy life. Undoubtedly, a clean kitchen is safe and hygienic. To prevent slipping and falling, you must immediately mop up any spills. A devastating fire could start from an oily and greasy stove. Defend your kitchen from bugs, bacteria, and other dangerous elements. Through your exhaust system, grease is evaporated from your cooktop to your rooftop. Large volumes of grease particles in the air from a business kitchen can endanger the health of your personnel and your customers. The removal of oil and smoke-filled vapors produced during cooking is mandated by local regulations and rules like IKECA and NFPA 96.

KEEPING PEST AWAY FROM THE COMMERCIAL KITCHEN AREA

Rats, mice, cockroaches, and ants regularly inhabit filthy areas. To lessen the likelihood of bugs, your kitchen must be cleaned regularly and maintained properly. Some pests, like cockroaches, are adept at hiding beneath debris. For this reason, it is essential to maintain the floors and countertops spotless. Additionally, make sure your cabinet is regularly cleaned properly and kept neatly arranged.

In commercial kitchens of hotels and restaurants, flash fires constitute a serious threat. Flash fires can be incredibly destructive because they can hurt people and equipment. Additionally, it costs a lot of money to close down industrial kitchens for the required repairs. Grease, a common byproduct of numerous cooking procedures, is responsible for the majority of flash fire causes. Grease normally accumulates over time when food is often grilled or fried in your business kitchen. When heated, fats transform from solid into liquid form as oil.In contrast to high temperature cooking, low temperature cooking produces more liquid fat and more grease-filled vapor.